ATC - The right destination for your language needs

ARABIC Language
Arabic is used by around 250 million people and one of six official languages of the United Nations Organization. Arabic is also central to other languages in the Muslim world, as a large exporter of words and expressions. Arabic writing is also used for other languages like Persian and Urdu.

Classical written Arabic is principally defined as the Arabic used in the Quran and in the earliest literature from the Arabian Peninsula, but also forms the core of much literature up until our time.

Modern Standard Arabic is a modernization of the structures of classical Arabic, and includes words for modern phenomenon as well as a rich addition from the many dialects spoken all over the Arabic world.

Spoken Arabic is a mixed form, which has many variations, and often a dominating influence from local languages (from before the introduction of Arabic).

Posted by Unknown at 9:04 PM No comments: 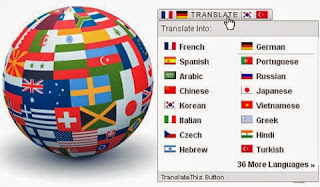 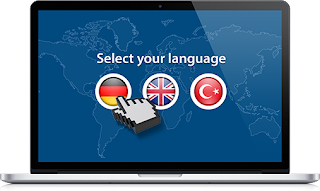 The primary aspect for any websites or marketing promotions is to reach its potential customers / buyers throughout the world which has a mixture of varied languages and cultural differences. To attain that level, websites has to speak the language of the visitors who are from Afghanistan to Zimbabwe

Internet users will visit the websites that give them the information they need. People tend to stick towards the particular page which is in their own language

According to website analysis report, you will have visitors from countries around the world who doesn't speak the very same primary language as that of the website, probably English


There is a wide gap left between English websites and non-English speaking nations. As per the stats, China ranked number one in terms of highest internet users, followed by US, India, Japan, Brazil, Russia, Germany, Indonesia, UK, France, Nigeria, Mexico, Iran, Korea, Turkey, Italy, Philippines, Spain, Vietnam, Egypt (Top 20 countries). From the global internet users, there might be around 1 Billion non English speaking people to whom the intended services / products have to be reached.

So using Website translation service, global visitors will get access to your products and services in their local language

While speaking about website translation, automatically there appears the option of Machine Translation. Although its a possibility, but no where it can match the work done by professional translators

Software or machines cannot understand the subtle uses of words / phrases and the used context. The risk involved is equivalent to getting into sea without the knowledge of swimming. Skilled & professional translators can recognize those minute nuances, understand the background context and translate them with correct meaning. Moreover the translator shall take ownership for it & can be available for cross check but machine translations couldn't be questioned

So if you feel the need of website translation, kindly visit www.arabictranslationcentre.com

Arabic Translation Centre (ATC) is a professional language service provider (LSP) with extensive expertise in most of Asian, African and European languages.

Posted by Unknown at 4:01 AM No comments:

We have the solutions for your abstraction needs!! 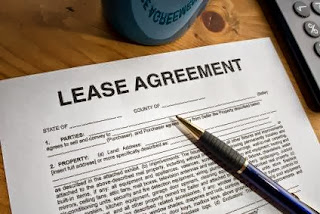 Abstracting contents of other language leases into English requires special talent as the clauses, terms & conditions, financial obligations, landlord's undertakings, tenant's undertakings differ from one country to the other.

Whether its the leases of Albania to Yemen, the contents would be fairly reproduced from its local language into English.

Through our experience with Lease Abstraction, we've gained true appreciation for the art of using language and a unique understanding of how each correct word selection (translated) has the power to clearly define the meaning intended by the parties.

(If your intended language doesn't include in the list, contact us so that needful will be done)

So if you're looking for language service provider to abstract the lease contents, our skills will definitely aid you in effectively putting the words together.

Connect with Us:
Our deep knowledge in language & complete understanding on commercial real estate leases will make your tasks easier. call us to discuss further +914442856196. Also visit http://www.arabictranslationcentre.com/
Posted by Unknown at 12:36 AM No comments: