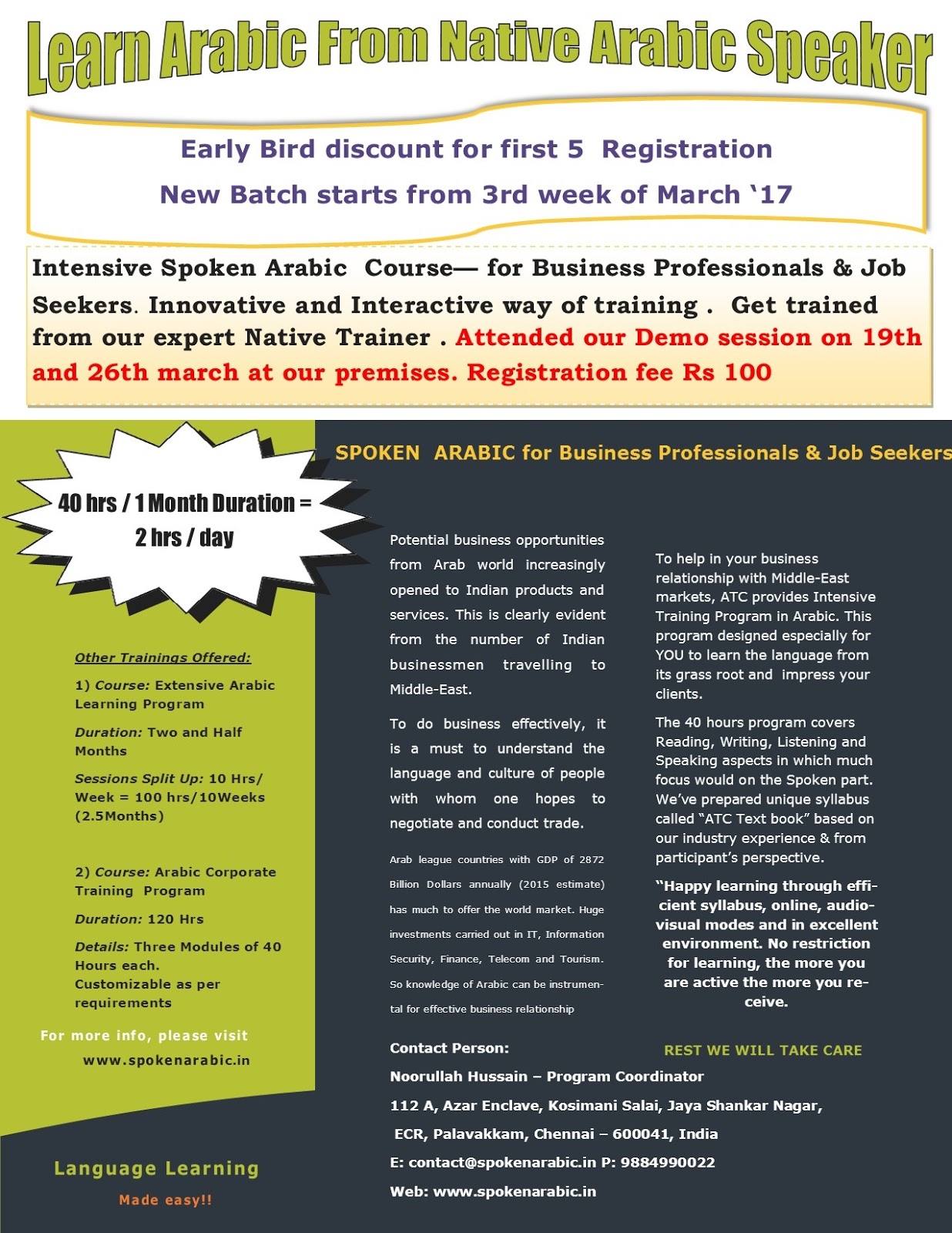 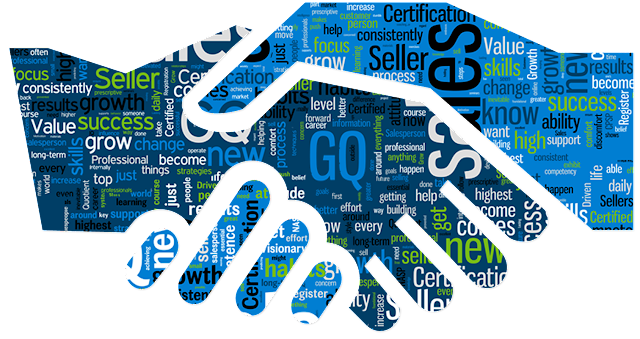 Honouring a promise and acting upon it is an excellent virtue, at the same time breaking a promise is a sign of hypocrisy.

Among the qualities of successful people – they (those succeeded) observe their trusts and covenants, and it’s a distinct feature

Commitment given by parents to their wards, management to their employees, rulers to their subjects should be fulfilled. Fulfilment of promise is a human right

“Anyone who does not wrong people in his behaviour towards them, does not lie in his talks with them, and does not break his promises to them; he is among those whose manliness is complete, whose justice is manifest, whose brotherhood is indispensable, and whose backbiting is forbidden.” – Prophet Mohammad (pbuh)

Fulfilling promises is one of the attributes of pious men & women according to Holy Quran, and it is one of the greatest means of attaining God’ consciousness; Allah says in the holy Quran:

“Yes, whoever fulfills his pledge and fears Allah much, verily, then Allah loves those who are Al-Muttaqun (the pious) – Quran 3:76

Promises will be asked about on the Day of Judgement. It’s clearly mentioned in the glorious Quran,

“And fulfill (every) commitment. Indeed, the commitment is ever (that about which one will be) questioned” – Quran 17:34

On the other hand, breach of promise is an offence that breaks the relation of confidence and trust. It questions one’s trustworthiness. It troubles the one who promised and also to the one whom he promised.

Posted by Unknown at 2:31 AM No comments: 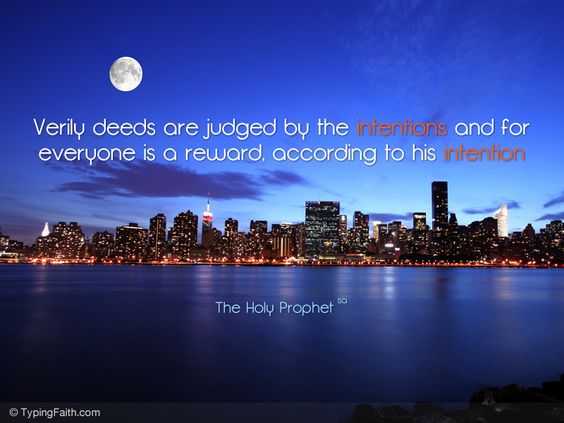 All the actions are undermined by our intentions, whether they are good or bad. Good intentions lead to good action; which eventually results in success, growth, happiness, prosperity and so on.

Cultivating good intentions would yield fruitful results, this goes on as per the famous saying – As you sow, so shall you reap. Intention is the foundation of every action

Actions are based upon intentions – Prophet Mohammed (pbuh)

Birds are free of negative feelings such as hatred and vengeance. Looking at a bird will immediately recognize that it is an embodiment of sweetness, tenderness and innocence. That is why the dove has been universally declared as ‘symbol of peace’

Having good intention is a heavenly quality which every individual should possess, if desiring for paradise. In other words, heavenly personality is one that is completely free of all negativity. Also its not that easy to be freed from negative thoughts or intentions, as Satan / devil runs through the minds of people just like blood flows through the body. Satan vowed to deceive mankind.

Negative intentions are the whispering of Satan, but being in good company will erase all those bad intentions

Intentions lead to results – good ones will result in success

Arabic Translation Centre (ATC)
www.arabictranslationcentre.com
Posted by Unknown at 1:45 AM No comments:

Death, a bitter truth - not a loss rather an opportunity 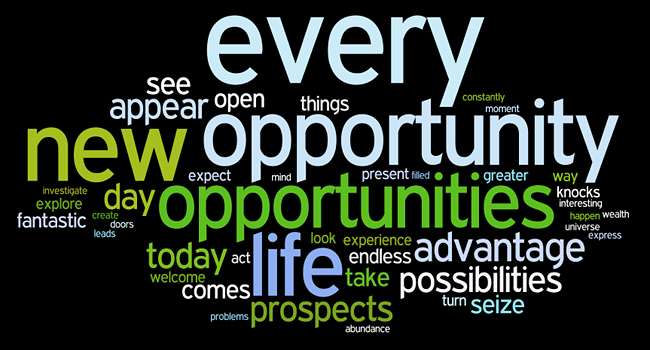 Death, a bitter truth – not a loss, rather an opportunity

Indeed, the death from which you flee – indeed, it will meet you. Then you will be returned to the knower of the unseen and the witnessed, and He will inform you about what you used to do (Quran 62:8)

All the luxuries & pleasures will be ceased; near & dear ones will be parted; wishes & choices will be dissected

No matter wherever you are, death will find you out, even if you are in towers built up strong and high; none had have an exception to it; No doctor can be of any avail.

Death doesn't keel down before any one.

If there is a single matter beyond controversy in the world history, then it’s Death alone. There are religions & human race which deny existence of God and the day of recompense. But none has the courage to deny dead. Isn't it?

All the worldly research would fail to explain “death”. To understand this, human beings should know about “Soul / Spirit”, which results death.

What is death?
Soul / Spirit departing or getting out of the body is death

Then it’s the loss of body and not the soul

For the betterment of mankind, Islam conceals further about “Soul”

And they ask you, (O Mohammad) about the spirit. Say, “The spirit is of the affair of my Lord. And mankind have not been given of knowledge except a little”. (Quran 17:85)

Thousands of research carried out on “Spirit” yet no any concrete evidence arrived, bet there will not be any conclusion on it.

It’s the “Spirit” which experiences in human body all the joys and sorrows. We remain as Ahmed, Adam, Mohammad only until the spirit stays in the body, and we’re just DEAD when its departed. Body without “Spirit” is worthless

Body will ruin, but “spirit” is immortal

Body may destroy in the grave and in the hell fire. But “Spirit” won’t. As the glorious Quran says,

Every time their skins are roasted through We will replace them with other skins so that they may taste the punishment. Indeed, Allah is ever Exalted in Might and Wise (Quran 4:56)

Skins and flesh can be replaced. But there is no end for “Spirit”, it’s under the affair of your Lord

Death – demonstrates strength of Creator and displays weakness of the creations. Remembering “Death” often will increase our faith in the Creator.

So for me, death is not an end but rather a chance to meet my Creator.

Incident from the life of Ibrahim (pbuh), known as خليل الله Friend of Allah, as Allah chosen to take him as His friend -

Posted by Unknown at 2:29 AM No comments:

Email ThisBlogThis!Share to TwitterShare to FacebookShare to Pinterest
Labels: Death an opportunity, Death not a greatest loss, Death not a loss
Newer Posts Older Posts Home
Subscribe to: Posts (Atom)