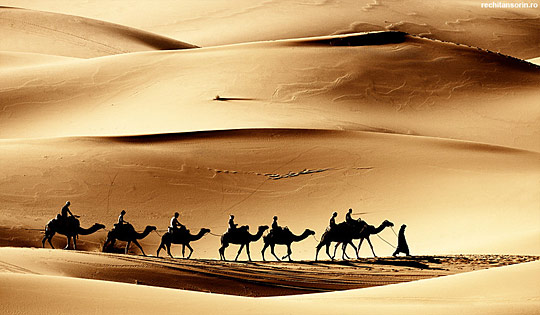 The man who gelled into 1.6 billion Muslims and their religious duties around the world

When everyone wanted to take credit of him, but openly declared that he is a Muslim

Ibrahim was neither a Jew nor a Christian, but he was one inclining toward truth, a Muslim [submitting to Allah]. And he was not of the polytheists. (Quran 3:67)

Hajj, one of the five pillars of Islam which every affordable Muslim enjoins on face of the earth is prescribed only because of Ibrahim (pbuh); the blessed water “Zam Zam” dates back 7000 years is only due to Ibrahim, will not expire until the judgment day

About Prophet Ibrahim (pbuh) in Quran:
The name “Ibrahim” mentioned 69 times in the glorious Quran, and there is a separate chapter named “Ibrahim”

History of Ibrahim (pbuh) narrated in 25 chapters. 63 Quranic verses speak about him. Allah (SWT) relates greatest sacrifice of this prophet, whom He taken as His companion (referred by the title "خليل الله" / Friend of Allah) to teach a lesson to this final ummath

“Ibrahim (PHUB) was a whole community/ nation by himself” for at that time he was the only Muslim in the whole world upholding the banner of Islam, while rest of the world was under falsehood. As a pious servant of Allah, performed the mission which was to be carried out by whole nation; he wasn’t an individual but instead an institution of himself

Three trials in the lifetime of Ibrahim (phuh):

1. Tested his own self with the fire
Ibrahim (pbuh), father of rationality, started the search for his creator at the age of 10. Contemplated on the sun, moon and the star; when they disappeared, concluded that these are just objects and there will be one and only God originator of all these creations

After this truth, invited his father towards Allah, lord of the worlds at the age of 12

In third stage, extended this invite to his society at the age of 14

It took many days to kindle that fire and when it reached its maximum level, they thrown Ibrahim (pbuh) into it. But he wasn’t feared or worried, rather stayed calm and said,
حسبنا الله ونعم الوكيل
Allah is sufficient for me. He in whom I trust

Allah (swt) saved him, by ordering the fire to be as comfort on Ibrahim. Quran relates this incident,

2. Second Trial – Tested in his wealth
When Allah (swt) awarded the title خليل الله (Friend of Allah) to Ibrahim (pbuh), the angels sought to Allah, You have blessed him with children, family, and all the wealth. How can You take him as friend when he lives with all the comfort and luxury?

Don’t judge My sincere servant through external appearance, rather look at his heart, you find none other but Me alone. If want to test, go ahead.
Angel Jibrael (Gabreal) descended to earth in the form of human and met Ibrahim (pubh) whose battle dogs counted more than 12000 for safeguarding his flock of sheep. Just imagine the mighty numbers of his sheep & goat.. When Jibrael asked to whom does all the wealth belongs to? All these belongs to Allah alone, and it’s been given to me now. When Jibrael asked for one goat, Ibrahim wanted him to teach a Dhikr so that will give one third of all the goats & sheeps. Jibrael taught him سبوح قدوس ربنا ورب الملائكة والروح. Ibrahim (pbuh) wanted him to repeat so that offered to give two-third of it. Again wanted to do so, later offered all the wealth to him. When nothing left out with Ibrahim (pbuh), requested to take him as a slave in exchange of reciting that Dhikr one more time

3. Third Trial – Tested to sacrifice his son
Ibrahim (pbuh) said, “O my son! I have seen in a dream that I am slaughtering you. So look what you think!” – He told his son that in order to make it easier for him, and also to test his patience and resolve, at a young age, in obeying Allah and obeying his father.

“Ismael said: “O my father! Do that which you are commanded…” – obey the command of Allah and sacrifice me.

“if Allah wills, you shall find me of the patient.” – I will be patient and will seek the reward for that with Allah.’

On hearing this, Ibrahim (pbuh) thanked Allah for giving such a wonderful offspring.

When Ibrahim placed razor sharp sword on Ismael neck to slaughter, Allah said to the Angels, Look at my servant, how sincere is he to My command, ready to sacrifice his own son for Me. Then Allah said, “O Ibrahim! You have fulfilled the dream!- the purpose of your dream has been fulfilled by your laying down your son to sacrifice.

Ibrahim received a sheep and was called by Allah:

Thank you!!
Arabic Translation Centre (ATC)
www.arabictranslationcentre.com
Posted by Unknown at 2:31 AM No comments:

For the favours and comforts which we enjoy, shouldn't we be thankful to it? 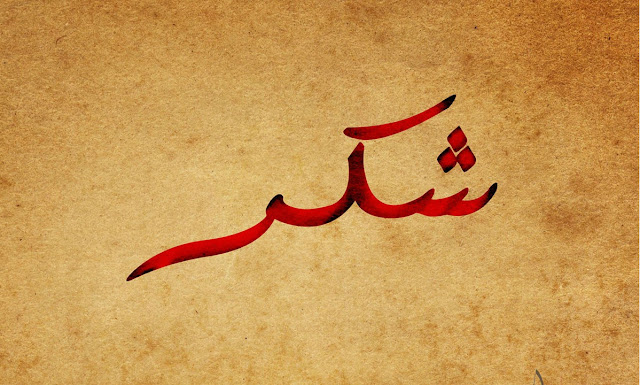 Human beings have been conferred with numerous blessings. Health, wealth, family, safety, well being, peace are some of those. Being a Muslim, I feel that indeed it’s a greatest blessing from my Lord for being a son to Muslim parent and HE given me the Eeman.

From Dawn to dusk, birth to death, we cannot count onto the blessings of our Lord. As Allah says in His holy quran, “And if you should count the favors of Allah, you could not enumerate them; Indeed, Allah is Forgiving and Merciful” Quran 16:18

Before the birth, HE protected you in three layers of covering inside mother’ womb; provided with necessary food & nutrition intake through your mother and made to breathe through her.

After ten months, opened a new world for you; Induced care & affection onto your mother’ heart; she cares for you more than anything else in this world; even when she is fast asleep, would wake up at once on hearing you cry; knows much better the reason for your cry, whether it’s for food or even your slightest discomfort. Aren’t this mother’ love a blessing from your lord?

Made you to dwell in mother’s lap for two years in the best comfort; and there on placed you on father’ shoulder in growing age. Then provided with different modes of transport to travel in adolescent age; even after death, made four to carry you in their shoulders

Living with all these countless blessings, what are we going to do for HIM in return? Allah repeatedly asks this in holy quran.

There are ways to be thankful for His blessings

When Allah bestowed a favour and we realized that it’s a blessing, thus we’ve thanked Allah (swt).

Once, Inb Taimiya was asked about his present condition. He replied, “I’ve been living very happily with the two blessings bestowed upon me by my Lord”
1. My sins which were hidden from others. Allah saved me by hiding it so that none could be aware
2. Has placed my love in the hearts of followers, for which I don’t have any special quality. I’ll be ever thankful for these two blessings

From the moment when life hung without any balance on the mother’ womb and until the time it reaches the grave, Allah’s grace & blessings are enormous and abundant

Allah says in His holy Quran, that to remember the grace & blessings of Allah unto you.

After elaborating all the favours He given us, advises us about what we want to do in return for these favours. The Most Beneficent just asks us to remember on those blessings

Indeed in this remembrance, there is greatest message for us.

When all the grace and favours in terms of wealth, kingdom and others were given to Prophet (PBUH), he used to remember the earlier days and once said, recollecting how Khadija (RA) helped him in troubled times. “She (Khadija RA) believed in me when no one else did; she accepted Islam when people rejected me; and she helped and comforted me when there was no one else to lend me a helping hand.”

When Moosa (AS) asked, Oh my Lord, You have conferred upon me so many favours. How would I express my gratitude? Lord replied, “You have now already thanked for it”. When the moment you thought about it, you already expressed the gratitude for it

Humility can guide us to Paradise, just as it’s opposite, Arrogance (kibr in Arabic) will only lead us to Hell. It’s the arrogance of Shaitan that caused his expulsion from Paradise and made to be cursed when refused to humbly obey God’ command and prostrate before Adam

Enjoying the grace of your Lord, and being humble towards Him, is a sign of success. As the Quran states, about the qualities of believers who submitted humbly to the commands of God

Successful indeed are the believers, those who humble themselves in their prayers (Quran 23:1-2)

There are numerous sayings of Prophet Mohammad on humility –

Fourth: Spread the word about your Lord’ favours to others

Telling about the graces to others which your Lord given is nothing to do with being pride. Instead it’s a form of thanking your Lord. As the Quran itself asks to proclaim it.

Arabic Translation Centre (ATC)
www.arabictranslationcentre.com
Posted by Unknown at 3:51 AM No comments: 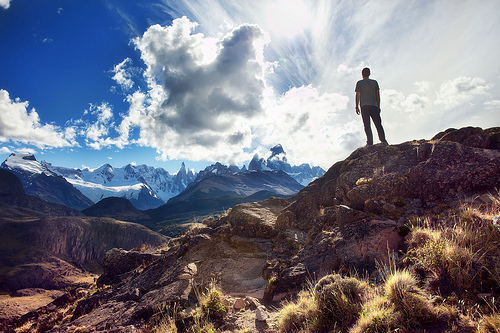 A 10 year old boy in Japan wanted to become Judo champion. But lost his left arm in a car accident; It’s a herculean task to become Judo champion for anyone with strong physique. But this poor lad, without an arm, what would he do? Knocked the doors of the trainers to train him for a champion but turned down citing his physical condition. Finally, one among them agreed to do so

Started to practice; The master taught him a single stroke. Days, weeks and even months passed by, but it seems he didn't teach any further moves than this. The boy got exhausted.

My dear master, will this single stroke enough for me to become Judo champion? Or would you teach me any other else? the boy questioned

“Be efficient and strong in this alone”, replied the master. The boy continued his practices and the championship tournament approached.

First Fight – a fierce contender against this boy with knowledge of single stroke; Whistle blown.. the boy won the fight and taken everyone by surprise. Defeated his opponent in the second fight as well; reached the semis; struggled a little but won in that match too.

The Final Match – a mighty opponent who won championship title many times before; felt pathetic on seeing the situation of this one handed boy; But he is nothing short of anything. Match started. The boy was thrashed in the first round. Audiences were shocked to see the boy’ condition and decided to stop the fight. “No, let him fight” answered the master. The opponent entered the ring without life-gear to fight with him

The boy showed his single mastered stroke on the opponent strongly and knocked him down. The boy crowned as champion. None could believe this, even for himself. The match organizers were completely shocked.  He met his master later that evening with due respect and asked him

“Master, how come I won this contest?” with the knowledge of the single stroke alone, the boy.

With a smile on face, the master replied, “there are two reasons for your success. One is, you have learnt one of the most difficult strokes in Judo. Secondly, the opponent has only one option to defend this stroke that is to block your left hand. But you don’t have left hand!! This weakness of yours turned into greatest strength and made you as a champion!!”

Posted by Unknown at 6:11 AM No comments: